Source code is available on GitHub! It works on both Windows and Mac OS X.

With VisionSketch, a programmer is first asked to select the input video. Then, he can start building the pipeline with a visual programming language that provides immediate graphical feedback for algorithms applied to the video. He can also use a text-based editor to create or edit the implementation of each algorithm.

During the development, the pipeline is always ready for execution with a video player-like interface enabling rapid iterative prototyping. In a preliminary user study, VisionSketch was positively received by five programmers, who had prior experience of writing text-based image processing programs and could successfully build interesting applications. 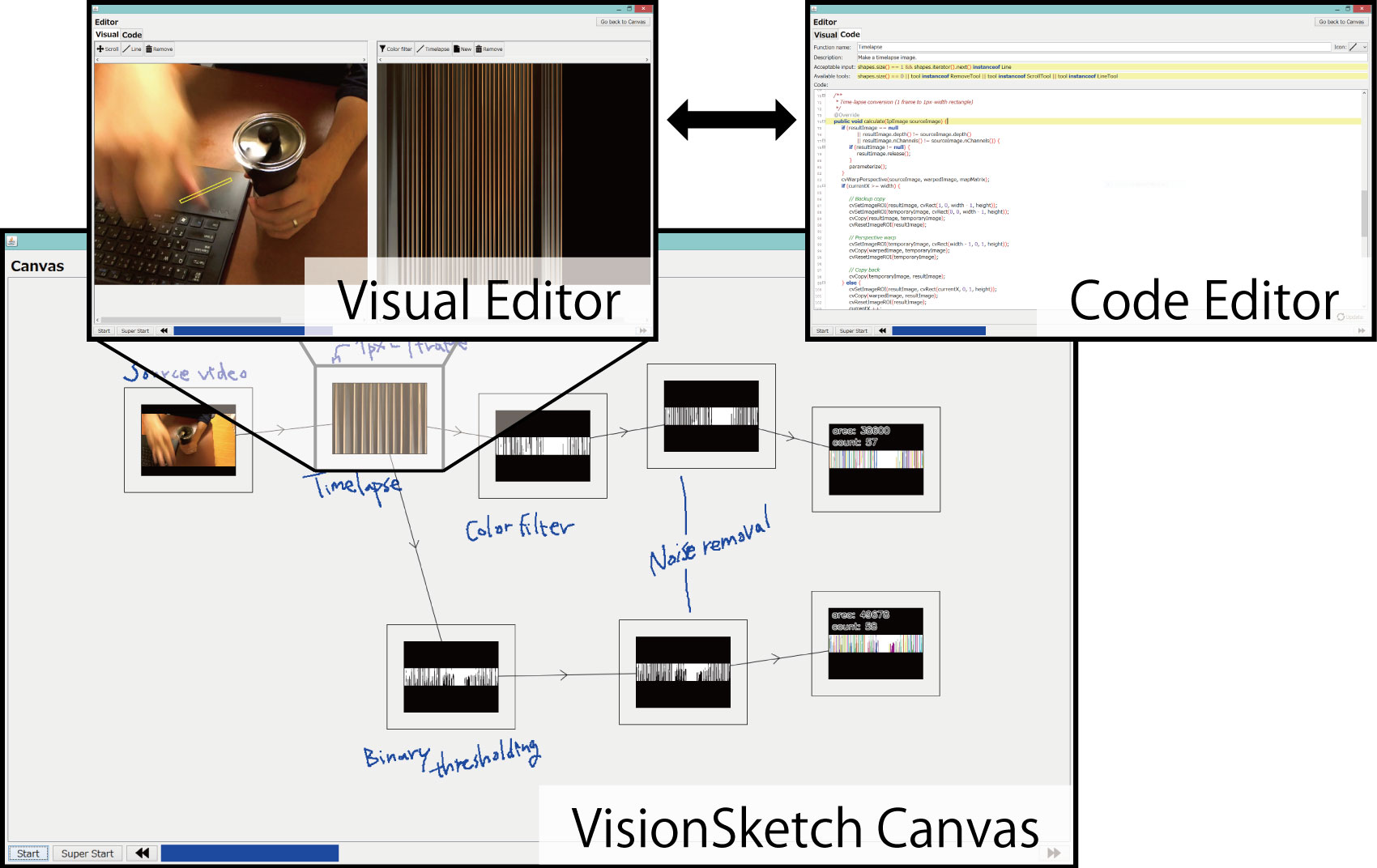 Overview of the VisionSketch IDE (GI '14) 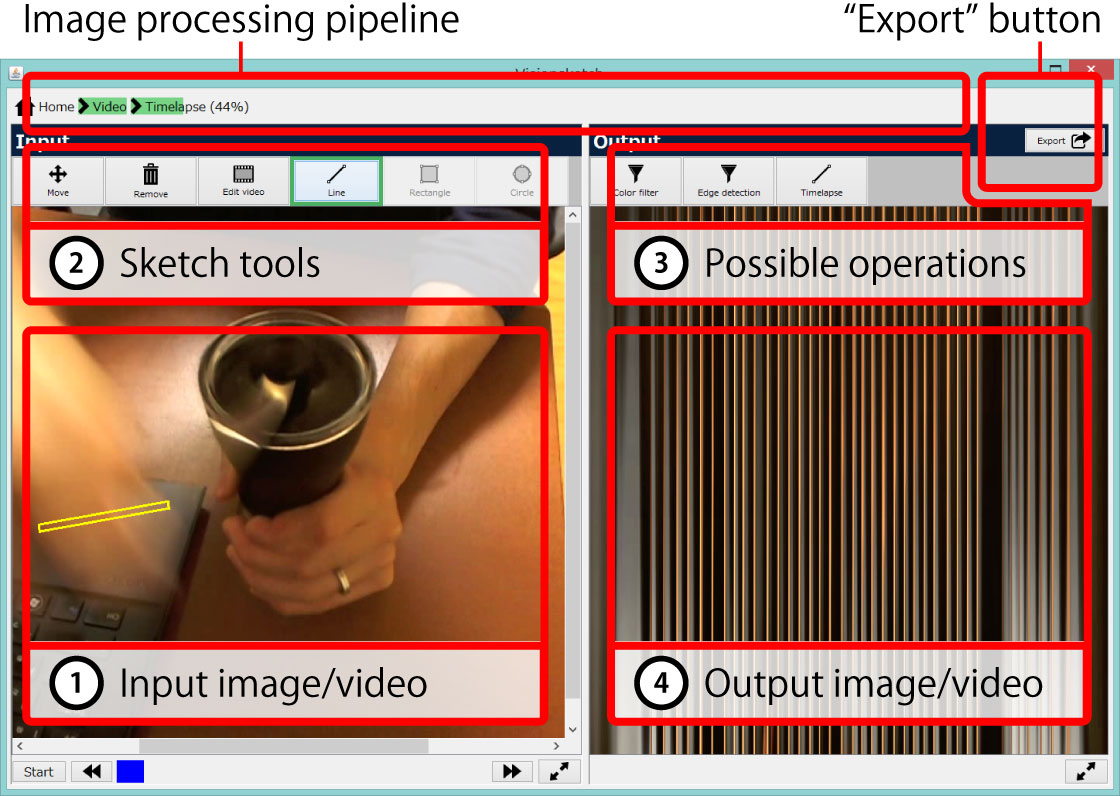 Prototype of the VisionSketch IDE (PLDI '13) 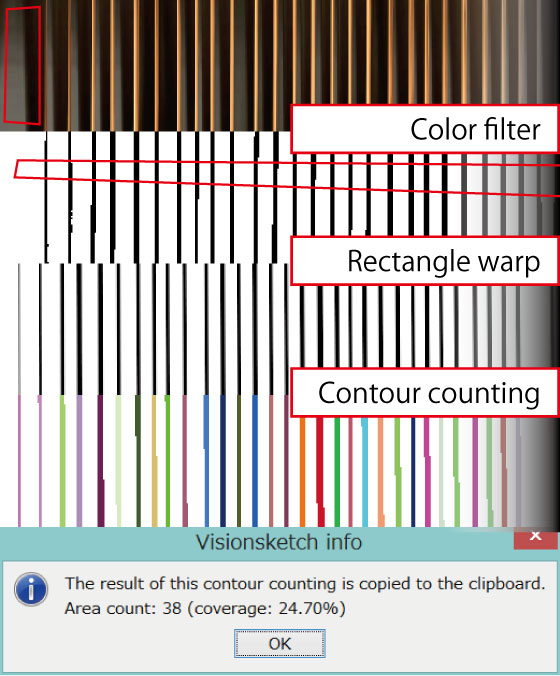